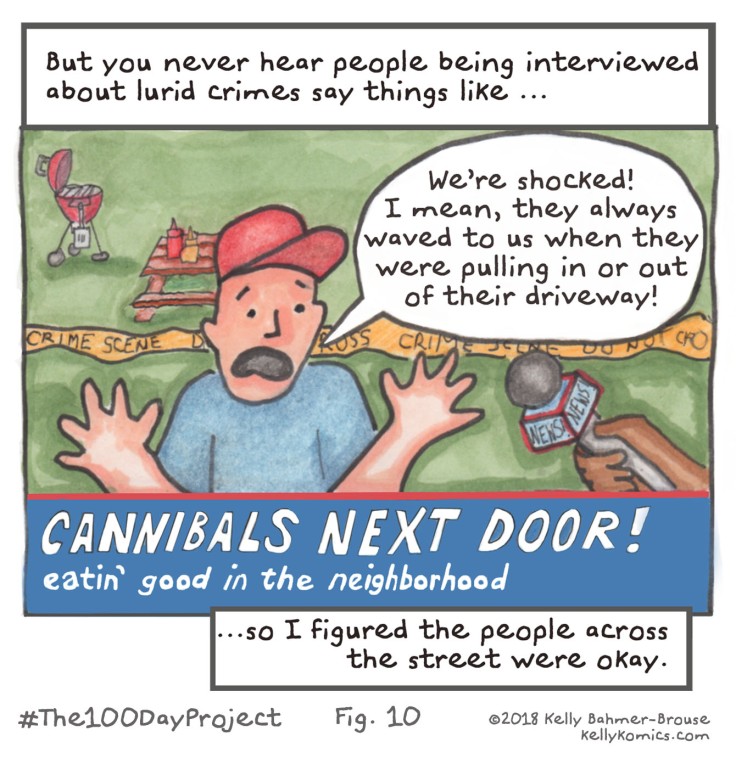 The standard comment in these sorts of stories is, of course, “He was a quiet guy, kept to himself.”

There are deviations from the standard, though. After an incident at a local auto repair shop where one worker shot one of his co-workers — the gunshot was not life-threatening — and fled the scene, a local news station interviewed a third employee, seeking information about the suspect.

“Yeah, he was really loud and obnoxious, kind of an asshole, really,” the third employee said.

As much as I appreciated the departure from cliché, I did think that maybe it wasn’t the smartest idea to be so candid on live television, considering the suspect was still on the loose, and — as far as anyone knew — still armed.  (If I recall correctly, he either was captured or turned himself in soon afterward, without further incident. Still.)